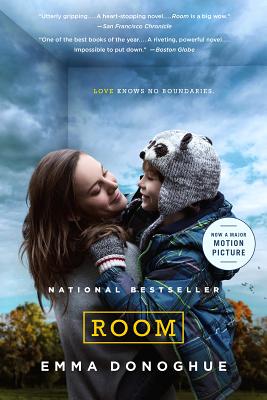 "Remarkable....Jack's voice is one of the pure triumphs of the novel: in him, she has invented a child narrator who is one of the most engaging in years - his voice so pervasive I could hear him chatting away during the day when I wasn't reading the book....This is a truly memorable novel, one that can be read through myriad lenses - psychological, sociological, political. It presents an utterly unique way to talk about love, all the while giving us a fresh, expansive eye on the world in which we live."—Aimee Bender, New York Times Book Review

"A novel so disturbing that we defy you to stop thinking about it, days later."—Sara Nelson, O Magazine

"Riveting....Such a story, such a mother!....[Donoghue] gracefully distills what it means to be a mother--and what it's like for a child whose entire world measures just 11 x 11."—Lisa Schwarzbaum, Entertainment Weekly

"One of the most affecting and subtly profound novels of the year."—Ron Charles, Washington Post