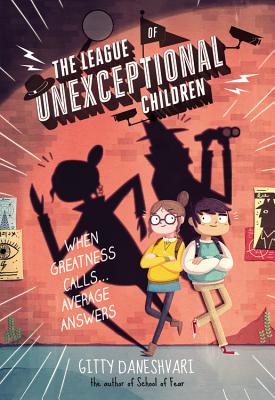 Are you average? Normal? Forgettable? If so, the League of Unexceptional Children is for you! This first book in a hilarious new adventure series is for anyone who's struggled to be noticed in a sea of above-average overachievers.

Praise For The League of Unexceptional Children…

"Daneshvari recognizes that far more powerful than a dork becoming cool is the ignored finally being heard, the invisible seen. Here's hoping we will be witnessing much more of Jonathan and Shelley's kind of transformation, on the page and in life."—The New York Times

"Delivers hilarious shenanigans...This humorous new series is sure to appeal to fans of Daneshvari and other lovers of the ludicrous."—Kirkus Reviews

"This...amusing chapter book goes down easy. Even with the fate of the world resting on their 'slightly hunched' shoulders,the main characters are so disarmingly upfront about their inadequacies that they'll definitely have readers on their side."—Booklist