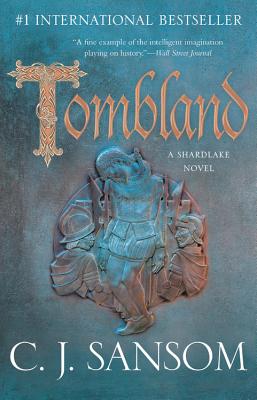 During the political upheaval of Tudor-era England, the lawyer Matthew Shardlake must decide where his loyalties lie in "one of the best ongoing mystery series" for fans of Hilary Mantel (Christian Science Monitor).
LONGLISTED FOR THE SIR WALTER SCOTT PRIZE FOR HISTORICAL FICTION
Spring, 1549. Two years after the death of Henry VIII, England is sliding into chaos.
The nominal king, Edward VI, is eleven years old. His uncle, Edward Seymour, Lord Hertford, rules as Edward's regent and Protector. In the kingdom, radical Protestants are driving the old religion into extinction, while the Protector's prolonged war with Scotland has led to hyperinflation and economic collapse. Rebellion is stirring among the peasantry.
Matthew Shardlake has been working as a lawyer in the service of Henry's younger daughter, the lady Elizabeth. The gruesome murder of one of Elizabeth's distant relations, rumored to be politically murdered, draws Shardlake and his companion Nicholas to the lady's summer estate, where a second murder is committed.
As the kingdom explodes into rebellion, Nicholas is imprisoned for his loyalty, and Shardlake must decide where his loyalties lie -- with his kingdom, or with his lady?

Praise For Tombland (The Shardlake Series #7)…

"The tale is enthralling. . . . Sansom describes 16th-century events in the crisply realistic style of someone watching them transpire right outside his window. . . . Don't believe those tapestries of pretty lords and ladies happily hunting unicorns: The Middle Ages were murder."
—Marilyn Stasio, New York Times Book Review

"Longtime readers of this superb series will know what to expect on every level: sharply drawn characters, particularly Shardlake himself, who has grown into one of the most well-textured leading characters in the entire genre... Tombland is the latest in what is easily one of the best ongoing mystery series currently being published."—Christian Science Monitor

PRAISE FOR THE SHARDLAKE SERIES
"Don't expect to put Shardlake down until you've seen it through to the apocalyptic finale."—The Guardian

C.J. Sansom is the bestselling author of the critically-acclaimed Matthew Shardlake series, as well as the runaway #1 international bestsellers Dominion and Winter in Madrid. He lives in Sussex, England.
Loading...
or support indie stores by buying on