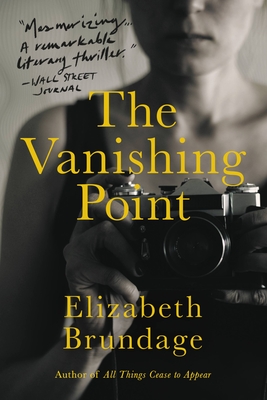 From the author of the "wrenching and exhilarating" All Things Cease to Appear comes a gripping literary thriller about a man reckoning with the mysterious death of his former roommate (Wall Street Journal).

Praise For The Vanishing Point: A Novel…

"This mesmerizing and unpredictable saga unspools in crisp sequences that shift back and forth in time, with love and jealousy bubbling throughout. Elizabeth Brundage, author of the stunning 2017 novel “All Things Cease to Appear,” has written yet another masterpiece."—Wall Street Journal