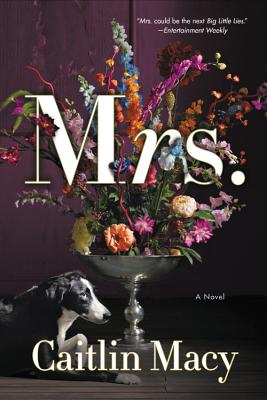 Caitlin Macy is the author of The Fundamentals of Play and Spoiled. A graduate of Yale, she received her MFA from Columbia. Her work has been published in The New Yorker, the New York Times Magazine, O, The Oprah Magazine, and Slate, among other publications. She lives in New York City with her husband and two children.

One of 12 Books We Recommend This Week by the NYTBR
"The boldest thing about 'Mrs'-as with Big Little Lies is that it focuses on the depths of women's experiences as wives and mothers. Their clashes with one another are entertaining, sure, but they're a diversion from the more important conflict with their husbands and with male power."—New York Times Book Review

"Macy skewers power parents in this entertaining, sharp-eyed portrayal
of privilege and it's price"
—People

"Inside a seductive microuniverse, the super competitive lives of three
very different women intersect at the exclusive preschool their children
attend. When one woman's husband, a U.S. attorney, launches an investigation
into the financial dealings of another's, shocking secrets threaten to disrupt
their lives in this smart skewering of
high society."

"Brilliant. I was dazzled by her ability to see into the very hearts of her characters; I absolutely loved it."
—Kate Atkinson, author of Life After Life and A God in Ruins