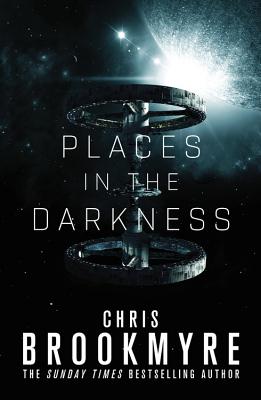 Places in the Darkness

A propulsive science fiction tale of murder and memory, all set on a futuristic space station.

Hundreds of miles above Earth, the space station Ciudad de Cielo -- The City in the Sky -- is a beacon of hope for humanity's expansion into the stars. But not everyone aboard shares such noble ideals.

Bootlegging, booze, and prostitution form a lucrative underground economy for rival gangs, which the authorities are happy to turn a blind eye to until a disassembled corpse is found dancing in the micro-gravity.

In charge of the murder investigation is Nikki "Fix" Freeman, who is not thrilled to have Alice Blake, an uptight government goody-two-shoes, riding shotgun. As the bodies pile up, and the partners are forced to question their own memories, Nikki and Alice begin to realize that gang warfare may not be the only cause for the violence.

Praise For Places in the Darkness…

"A fascinating, fast-paced but thoughtful blend of science fiction and techno-thriller."
—Iain M. Banks on Bedlam

"Chris Brookmyre is a genius."
—Daily Mirror on The Sacred Art of Stealing

"His writing is as sharply observed and mordantly funny as ever."
—Guardian on Where the Bodies Are Buried

Chris Brookmyre is the author of twenty crime and science fiction novels, including Black Widow, winner of the 2016 McIlvanney Prize. His work has been adapted for television, radio, the stage and in the case of Bedlam, an FPS videogame.
Loading...
or
Not Currently Available for Direct Purchase