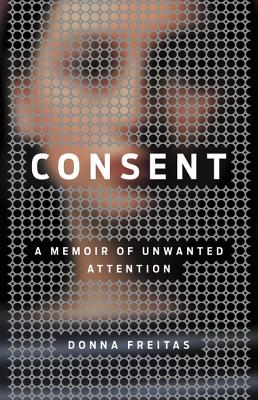 A Memoir of Unwanted Attention

In this "compelling and disturbing" true story (Rebecca Traister), a young woman's toxic mentor develops a dark, stalking obsession that disrupts her career -- and her peace of mind.Donna Freitas has lived two lives. In one life, she is a well-published author and respected scholar who has traveled around the country speaking about Title IX, consent, religion, and sex on college campuses. In the other, she is a victim, a woman who suffered and suffers still because she was stalked by her graduate professor for more than two years.

As a doctoral candidate, Freitas loved asking big questions, challenging established theories and sinking her teeth into sacred texts. She felt at home in the library, and safe in the book-lined offices of scholars whom she admired. But during her first year, one particular scholar became obsessed with Freitas' academic enthusiasm. He filled her student mailbox with letters and articles. He lurked on the sidewalk outside her apartment. He called daily and left nagging voicemails. He befriended her mother, and made himself comfortable in her family's home. He wouldn't go away. While his attraction was not overtly sexual, it was undeniably inappropriate, and most importantly--unwanted.

In Consent: A Memoir of Unwanted Attention, Donna Freitas delivers a forensic examination of the years she spent stalked by her professor, and uses her nightmarish experience to examine the ways in which we stigmatize, debate, and attempt to understand consent today.


Praise For Consent: A Memoir of Unwanted Attention…

"Freitas recounts with great thoughtfulness how her perception of the power differential between [herself and her stalker], as well as her faith in the religious and educational institutions she'd grown up with, lulled her into susceptibility and disbelief."—New York Times Book Review

"Donna Freitas combs through the emotional knots that form when a mentor's attention becomes inappropriate and manipulative. With sharp attention, she separates the many strands of consent one by one. A riveting, significant examination of the forces that push a student into silence about unwanted attention."—Idra Novey, award-winning author of Those Who Knew and Ways to Disappear

"A meticulously recounted memoir of building dread, that pushes our understanding of power and its abuses. Freitas's story complicates and illuminates our ideas about harassment and harm, showing how it doesn't just begin and end within the confines of physical contact: it infiltrates our own heads, is enabled by the very structures that are supposed to be our recourse from it but too often work to cover it up."—Rebecca Traister, New York Times bestselling author of Good and Mad

"In Consent, Donna Freitas writes an experience many women know all too well: Being stalked. What makes this book is uniquely powerful is Freitas's particular expertise in this area: She is a scholar and speaker on issues of consent, religion, Title IX, and sex on college campuses."—Bustle

"A groundbreaking resource for educators, administrators, students, and survivors, the book explores an issue many would prefer to ignore.A potent memoir of stalking with special resonance in the era of #MeToo.—Kirkus, starred review

"Any reader interested in current discussionson consent and its importance should pick up this heartfelt and harrowing book."—Library Journal, starred review

"Freitas is incredibly honest and doesn't shy away from her feelings that she is in some way at fault. She rounds out her memories with details of her family and friends as well as more studious synthesis, and calls for campus reform, adding heft to an already important story."—Booklist

"Freitas has mastered the telling of her story--despite repeated attempts by others to keep her from doing so--and has mastered it in such a way that its telling sheds light on a larger societal issue. . . . A difficult but important read about one woman's survival of stalking by her professor, and the role of consent in any relationship."—Shelf Awareness

"Freitas' delicate study of her torment and its devastating effects, which raises thorny, meaningful questions about how to define consent, is an important testament for the #MeToo era."—Publisher's Weekly

Praise for The End of Sex

"A straight-forward, well-researched, and eye-opening book.... This compelling testimony from young people around the country provides ample evidence for why this campus lifestyle should not be ignored."-Boston Globe

"Freitas provides compelling evidence that far too many young adults live lives of quiet desperation-sexually and socially...The End of Sex paints a vivid portrait of hookup culture...There is much in The End of Sex to applaud."-Christianity Today

"The book is informative, non-judgmental and a must-read for parents and for their university-aged kids.'"-Toronto Star

"Freitas recalls this time in herself with stark clarity, honesty, and a vulnerability that bleeds onto the page."—Bitch Media

Donna Freitas writes both fiction and nonfiction, most recently, Consent on Campus: A Manifesto. She has lectured at nearly two hundred colleges and universities about her research on college students. She lives in Brooklyn.
Loading...
or support indie stores by buying on