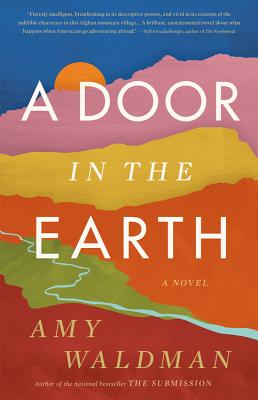 "A teeming
panoply...layers moving storytelling onto penetrating reportage...Waldman is particularly gifted at giving tangible reality to ethical
dilemmas...Few contemporary authors have shown so expertly that
well-intentioned intervention can be the most dangerous kind of all."—Lara Feigel, New York Times Book Review

"In her illuminating second novel, Waldman unpeels layers of cultural conditioning to explore the American use of 'kind power.'"—BBC

"Waldman writes about the clash of cultures and ideals with clean-lined
grace and quiet eye-level empathy."—Entertainment Weekly

"Waldman delivers a breathtaking and achingly nuanced examination of the grays in a landscape where black and white answers have long been the only currency. A bone-chilling takedown of America's misguided use of soft power."—Kirkus Reviews (starred review)

"A deeply well-informed, utterly engrossing, mischievously disarming, and stealthily suspenseful tale...Every aspect of this complex and caustic tale of hype and harm is saturated with insight and ruefulness."—Donna Seaman, Booklist (starred review)

"Some stories stick with you, becoming like your own memories. When I finished the last page of this book I could've sworn it had all happened to me."—Elliot Ackerman, National Book Award finalist for Dark at the Crossing

"Potent...Waldman paints a blistering portrayal of the misguided aspirations and convenient lies that have fed the war in Afghanistan. This is an impressive novel.—Publishers Weekly

Amy Waldman's first novel, The Submission, won the Janet Heidinger Kafka Prize and an American Book Award and was named a Finalist for the PEN Hemingway Award. It was Entertainment Weekly's #1 Novel for the Year, Esquire's Book of the Year, a New York Times Best Book for 2011, one of NPR's Ten Best Novels of the Year, and a Washington Post Notable Fiction Book. In the UK, it was a Finalist for The Guardian First Book Award and was long-listed for the Orange Prize. Amy was South Asia Bureau Chief for the New York Times and a national correspondent for the Atlantic. She graduated from Yale University and has been a Fellow at the Radcliffe Institute for Advanced Study and at the American Academy in Berlin. She lives with her family in Brooklyn.
Loading...
or
Not Currently Available for Direct Purchase