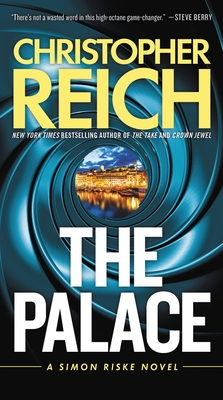 In his greatest challenge yet, international spy Simon Riske must face a ring of ruthless masterminds and foil a plot with global implications as he becomes the world's most wanted man.

Christopher Reich is the New York Times bestselling author of The Take, Numbered Account, Rules of Deception, Rules of Vengeance, Rules of Betrayal, and many other thrillers. His novel The Patriots Club won the International Thriller Writers award for Best Novel in 2006. He lives in Encinitas, California.
Loading...
or
Not Currently Available for Direct Purchase