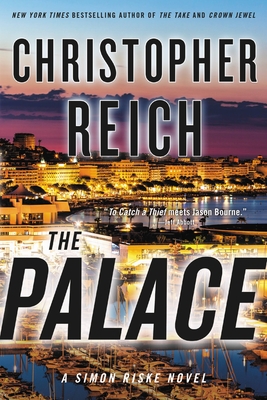 In this third installment of a series lauded for its "nonstop action," an international spy must face a ring of ruthless masterminds and foil a plot with global implications as he becomes the world's most wanted man (Booklist).

"An out-of-control joyride for those who like their heroes flawed, scarred, and on the edge. Reich has created an irresistible character that will leave readers both wincing and cheering with every page."
—--- Kyle Mills, #1 bestselling author of Fade and Rising Phoenix

"Make sure your seat belt is fastened and your tray table is up, this is one hard and fast battle royale. Tension, turmoil, and drama ooze from every page. There's not a wasted word in this high octane game-changer."—--- Steve Berry, bestselling author of The Lost Order and The Patriot Threat