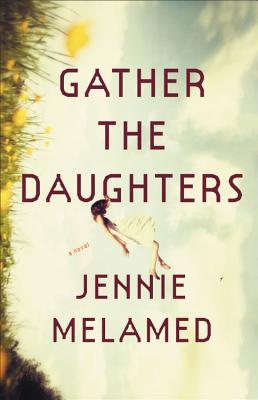 Never Let Me Go meets The Giver in this haunting debut about a cult on an isolated island, where nothing is as it seems.

Years ago, just before the country was incinerated to wasteland, ten men and their families colonized an island off the coast. They built a radical society of ancestor worship, controlled breeding, and the strict rationing of knowledge and history. Only the Wanderers -- chosen male descendants of the original ten -- are allowed to cross to the wastelands, where they scavenge for detritus among the still-smoldering fires.

The daughters of these men are wives-in-training. At the first sign of puberty, they face their Summer of Fruition, a ritualistic season that drags them from adolescence to matrimony. They have children, who have children, and when they are no longer useful, they take their final draught and die. But in the summer, the younger children reign supreme. With the adults indoors and the pubescent in Fruition, the children live wildly -- they fight over food and shelter, free of their fathers' hands and their mothers' despair. And it is at the end of one summer that little Caitlin Jacob sees something so horrifying, so contradictory to the laws of the island, that she must share it with the others.

Born leader Janey Solomon steps up to seek the truth. At seventeen years old, Janey is so unwilling to become a woman, she is slowly starving herself to death. Trying urgently now to unravel the mysteries of the island and what lies beyond, before her own demise, she attempts to lead an uprising of the girls that may be their undoing.

Gather the Daughters is a smoldering debut; dark and energetic, compulsively readable, Melamed's novel announces her as an unforgettable new voice in fiction.

Praise For Gather the Daughters: A Novel…

"A spooky, sure-footed debut...It's a provocative, dystopian page-turner about patriarchy run amok-just the thing to tide you over until the next season of The Handmaid's Tale."—People

"Melamed hasn't written a simple didactic dystopia; her island is more brutal but also more hopeful than the usual brave new world - if only the four girls facing its horrific rituals can learn the truth in time."—New York Magazine

"Lyrical and ferocious, Jennie Melamed's Gather the Daughters follows the young daughters of an isolated society who start to question the truths of their world. Melamed paints the joys and anxieties of girlhood with visceral force as the puzzle deepens and consequences multiply. An heir to the speculative creations of Margaret Atwood and Shirley Jackson, Gather the Daughters is a darkly compelling read."—Helene Wecker, New York Times bestselling author of The Golem and the Jinni

"Set on an enchanted island where magic is replaced by Freudian nightmare, Gather the Daughters is an eerie, claustrophobic tale in the spirit of Shakespeare's The Tempest and Grimm's fairy tales. In her extraordinary first novel, Melamed pulls no punches. The young girls in this story are both victims of violence and perpetrators of it. They are survivors and warriors. Forget your conventional coming-of-age morality tales--this book is about the gory transition from girlhood to womanhood and how difficult it is to balance animal instinct with the pragmatism of endurance. A gripping and elegantly-crafted read."
—Joshua Gaylord, author of When We Were Animals

"In Gather the Daughters, girls and women face a world that is brutal, insidious, and unjust--and yet, hope and resilience persist. This is a lush, vivid and chilling novel. A remarkable debut."—Edan Lepucki, author of California and Woman No. 17

"Compulsive and suspenseful.... This beautifully and carefully constructed work pulls no punches in its depiction of a bleak future; it will attract fans of Margaret Atwood's The Handmaid's Tale and readers who enjoy horror, suspense, and dystopian fiction."
—Library Journal (starred review)

"An intriguing, gorgeously realized and written novel which inexorably draws you into its dark heart."
—Kate Hamer, author of The Girl in the Red Coat

"Melamed is a masterful writer, and she establishes a hauntingly vivid atmosphere.... This is a haunting work in the spirit of The Handmaid's Tale--but Melamed more than holds her own. Hopefully, her debut is a harbinger of more to come. Fearsome, vivid, and raw: Melamed's work describes a world of indoctrination and revolt."
—Kirkus (starred review)

"Melamed's haunting and powerful debut blazes a fresh path in the tradition of classic dystopian works...a searing portrayal of a utopian society gone wrong...Melamed's prose is taut and precise. Her nuanced characters and honest examination of the crueler sides of human nature establish her as a formidable author in the vein of Shirley Jackson and Margaret Atwood."—Publishers Weekly (starred review)

"Melamed's gorgeous writing lets the details of this fundamentalist society drip out slowly. Readers will find dread washing over them as the story unfolds, and will be left catching their breath when the full backstory dawns on them. This one belongs on every dystopia reading list."—Booklist (starred review)

"Chilling.... Fiction lovers and fans of Margaret Atwood's The Handmaid's Tale won't be able to put this one down."—Real Simple

"Brutal and bold, Gather the Daughters is beguiling.... Melamed displays remarkable restraint and confidence, masterfully drawing out the mysteries of the island so that the girls' sense of unease and confusion is perfectly mirrored by readers. The gradual reveal about what is really going is suspenseful and satisfying, and Melamed narrates the tale in dreamy, lyrical prose that provides a heightened contrast to the nightmarish aspects of the girls' reality. Chilling in tone and fearless in its storytelling, Gather the Daughters is a fierce, feminist battle cry."—BookPage

"William Golding's Lord of the Flies wings by in the form of the wild, sometimes savage summers allowed the youngsters in the cult. The spirit of Shirley Jackson's short story The Lottery might be detected here, too, given the claustrophobic society in which the action takes place.... Melamed, a psychiatric nurse practitioner, has drawn on her professional background to depict the interior lives of girls and women caught in such a brutal, cloistered world. She offers strong and at times poetic images of the natural environment in which her story takes place."—Seattle Times

"Melamed's plot suggests some real storytelling chops. Crafting a new society with its own bizarre rules is a big undertaking and the writing is fast-paced. You get a feel for what the girls face and how they strain against the island dogma to find their own voices and freedom."—USA Today

"Gather The Daughters is dystopic fiction for a new generation, as well as a page-turner we couldn't put down."—Refinery29

"Gather the Daughters is one of the most gorgeous debut novels of the summer. While it bears some inevitable comparisons to certain contemporary favorites - The Handmaid's Tale, The Giver, Never Let Me Go, even Spring Awakening, - first time author Jennie Melamed has released a whole new world that spins entirely on its own axis.... In exquisite prose, Melamed shows us the dark colors of these serrated boundaries, and how people bleed when they push against them. The voices and stories of these girls will be seared permanently into your heart."
—Michigan Daily

"A skillful novel of suspense.... The characterisation is strong and the focus on the leadership and strategic skills of pubescent girls is refreshing. The narrative moves between three girls and one woman, and each has a distinctive voice, character and family background developed in a way that makes her personality plausible and likable.... Narrative tension builds as skilful characterisation fills the reader with growing concern for the central voices."—The Guardian

"I've never before read a dystopian fiction that was an extended analogy for an abusive relationship, and the analogy works quite well....Melamed's understanding of the psychology of abuse and recovery is masterful."—Seattle Review of Books

"A dystopian tale about a reclusive cult community reminiscent of Margaret Atwood's Gilead, Gather the Daughters introduces readers to a society maimed by "flame, war, and ignorance," a world where young women are viewed as vessels for childbearing and nothing more. Within the pages of this hauntingly compelling debut, coming of age coincides with public and private acts of rebellion that lead to irrevocable change for the community that its heroines call home. A quintessential companion to A Handmaid's Tale and thematic preface to American Horror Story: Cult, Jennie Melamed's novel is a dark yet empowering read."—Signature Reads

"Jennie Melamed's dark yet satisfying GATHER THE DAUGHTERS transports readers to a post-apocalyptic colony ruled by tyrannical men.... Melamed's debut is a captivating meditation on the dangers of misogyny and fear."—Electric Literature

Jennie Melamed is a psychiatric nurse practitioner who specializes in working with traumatized children. During her doctoral work at the University of Washington, she investigated anthropological, biological, and cultural aspects of child sexual abuse. Jennie lives in Seattle with her husband and their two dogs.
Loading...
or
Not Currently Available for Direct Purchase