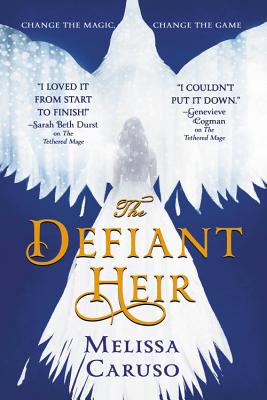 A spellbinding fantasy trilogy for fans of The Queen of the Tearlingand The Red Queen, where the political scion Amalia and her bound fire warlock Zaira undertake diplomacy and espionage to prevent a war.
Across the border, the Witch Lords of Vaskandar are preparing for war. But before an invasion can begin, the seventeen Witch Lords must convene at a rare gathering to decide a course of action. Lady Amalia Cornaro knows that this Conclave might be her only chance to smother the growing flames of war, and she is prepared to make any sacrifice if it means saving Raverra from destruction.
Amalia and her bound fire warlock, Zaira, must go behind enemy lines, using every ounce of wit and cunning they have, to sway Vaskandar from war.
If they fail, it will all come down to swords and fire.
"Charming, intelligent, fast-moving, beautifully atmospheric. I couldn't put it down." - Genevieve Cogman, author of The Invisible Library
"The best kind of fantasy." - Rosalyn Eves, author of Blood Rose Rebellion
The Defiant Heir is the second novel in a spellbinding new fantasy series.
Swords and Fire
The Tethered Mage
The Defiant Heir

Melissa Caruso was born on the summer solstice and went to school in an old mansion with a secret door, but despite this auspicious beginning has yet to develop any known superpowers. Melissa has spent her whole life creating imaginary worlds, and in addition to writing is also an avid LARPer and tabletop gamer.
She graduated with honors in Creative Writing from Brown University and has an MFA in Fiction from the University of Massachusetts Amherst. Melissa's first novel, The Tethered Mage, was shortlisted for a Gemmell Morningstar award for best fantasy debut.

Praise For The Defiant Heir (Swords and Fire #2)…

"Takes the series to the next level in every way.... I absolutely loved The Defiant Heir. It's extraordinarily fun with wonderful characters and intriguing mysteries.... I can hardly contain my excitement for the third installment."—Fantasy Book Cafe on The Defiant Heir

"An entirely new level of awesome.... Absolutely addictive."—Powder & Page on The Defiant Heir

"An inspiration for geeks everywhere.... Satisfyingly action-packed and bittersweet."—Kirkus on The Defiant Heir

"I love this book and series. It is a refreshing and lively fantasy that has characters that I just can't get enough of.... Highly recommend!"—The Speculative Herald on The Defiant Heir

"A joy to read.... Melissa Caruso is well on her way to making a very big splash in the fantasy genre, and I can't wait for the third book to get here."—Bibliosanctum on The Defiant Heir

"Everything I hoped for and much more.... Beautifully crafted.... Pick up this fantastic series now."—Girls in Capes on The Defiant Heir

"A fast moving and frequently fun story that gives readers a lot to chew on."—RT Book Reviews on The Defiant Heir (4 stars)

"The Tethered Mage is a riveting read, with delicious intrigue, captivating characters, and a brilliant magic system. I loved it from start to finish!"—Sarah Beth Durst, author of The Queen of Blood, on The Tethered Mage

"Charming, intelligent, fast-moving, beautifully atmospheric, with a heroine and other characters whom I really liked as people. (I overstayed my lunch break in order to finish it.) I would love to read more set in this world."
—Genevieve Cogman, author of The Invisible Library, on The Tethered Mage

"Intricate and enticing as silk brocade. Caruso's heroine is a strong, intelligent young woman in a beguiling, beautifully evoked Renaissance world of high politics, courtly intrigue, love and loyalty - and fire warlocks."—Anna Smith Spark, author of The Court of Broken Knives, on The Tethered Mage

"Engaging and entertaining with intrigue, a good pace, and strong characters. Zaira and Amalia are bright, bold heroes in a smartly constructed world."—James Islington, author of The Shadow of What Was Lost, on The Tethered Mage

"One of the best first novels in a brand new high fantasy series that I've read in ages.... If you're hungry for a new fantasy series with awesome, nuanced characters, powerful worldbuilding, and solid writing - look no further. The Tethered Mage is the book you need right now. Absolutely recommended."—Book Smugglers on The Tethered Mage

"Breathtaking... Worth every moment and every page, and should make anyone paying attention excited about what Caruso will write next."
—BookPage on The Tethered Mage

"The Tethered Mage is the best kind of fantasy: intricate world-building, the most intriguing of court intrigues, and a twisty plot. But while readers might pick it up for those elements, they'll stay for the engaging characters and the unlikely friendships at the story's heart."—Rosalyn Eves, author of Blood Rose Rebellion, on The Tethered Mage

"Strong worldbuilding, political intrigue, and beautiful development of the tension and ultimate partnership between its two central heroines."—Kirkus on The Tethered Mage

"Caruso skillfully maintains her plot."—Publishers Weekly on The Tethered Mage

"The plotting is good, the characters interesting.... Something really special."—RT Book Reviews on The Tethered Mage

"A gorgeous, fresh fantasy debut filled with political intrigue and ethical quandary.... Highly recommend."—Girls in Capes on The Tethered Mage