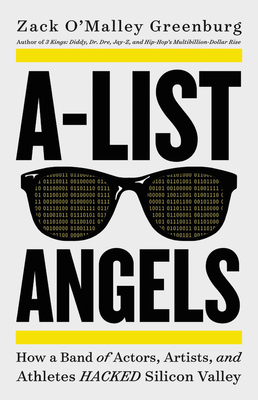 How a Band of Actors, Artists, and Athletes Hacked Silicon Valley

How Hollywood cashed in on the latest tech boom-and changed the face of Silicon Valley.
When Ashton Kutcher first heard about 50 Cent's nine-figure Vitaminwater windfall in 2007, the actor realized he'd been missing out. He soon followed the rapper's formula-seeking equity instead of cash for endorsement deals-but with a twist: as the first person to top 1 million Twitter followers, Kutcher leveraged his social reach to accumulate stakes in a vast range of user-hungry tech startups.
A decade later, Kutcher is perhaps the brightest in a firmament of star investors from Beyoncé and Jay-Z to Jennifer Lopez and Alex Rodriguez. Bartering credibility and connections in exchange for early (and often discounted) access to the world's most coveted investment opportunities, this diverse group changed the face of venture capital while amassing portfolios packed with companies like Airbnb, Spotify, and Uber. But how did two once-dissonant universes-Silicon Valley and Hollywood-become intertwined?
Forbes senior editor Zack O'Malley Greenburg told the first chapter of Kutcher's transformation for the magazine's cover story in 2016. Now he offers a lively, page-turning account of how this motley crew of talent managers, venture capitalists, and celebrities helped the creative class forge a brand-new blueprint for generational wealth. Through extensive reporting and exclusive interviews with more than 100 key players-including Shaq, Nas, Joe Montana, Sophia Bush, Steve Aoki, Tony Gonzalez, and dozens of behind-the-scenes power brokers-Greenburg sheds light on the unlikely group that fundamentally transformed the value of fame.

Zack O'Malley Greenburg is the senior editor of media & entertainment at Forbes and the author of 3 Kings, Empire State of Mind, and Michael Jackson, Inc. His work has also appeared in the Washington Post,Billboard, Vibe, McSweeney's, and Sports Illustrated. Zack has served as an expert source for NPT, BBC, MTV, and CBS's 60 Minutes; as a speaker, he has appeared at SXSW, CES, TEDx, Harvard, and Yale. He lives in New York.

Praise For A-List Angels: How a Band of Actors, Artists, and Athletes Hacked Silicon Valley…

"An inspirational tale of the unlikely bunch
that not only cracked the code for startup investing, but also brought a
much-needed infusion of diversity to Silicon Valley. It's an essential read."

"Another
one! Zack's latest book has the keys to securing the bag on the highest
level-it's not about cash, it's about getting that equity."

"Exciting, well-researched chronicle of how a
group of actors, athletes and artists have emerged as mega-successful venture
capitalists. Their stories underscore the inspiring truth that great
entrepreneurs can emerge from the most unlikely backgrounds ... an
un-putdown-able masterpiece."