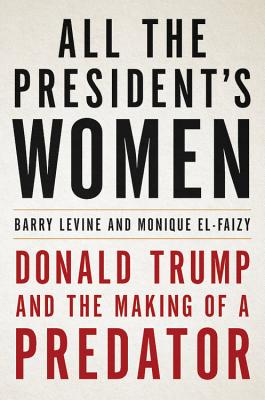 "What emerges from this compendium of reporting are disturbing patterns of predatory behavior from a man who uses wealth and power to abuse women, as well as deep insight to the cultural forces that have allowed such predators to operate free of consequences."—Esquire.com

"It is [the] narration, combined with a stunning 43 new allegations of Trump's sexual misconduct, that makes All the President's Women such an impactful read. Levine and El-Faizy painstakingly document Trump's decades-long history of treating women as objects and accessories."—HuffPost

"Perhaps for some readers, seeing every public and alleged instance of Trump's sexism laid out in one place will be the jolt they need to reignite a healthy sense of outrage. But All the President's Women also makes the case that a lot of Trump's behavior is already normalized, which is how he's gotten away with it for so long....Worthwhile reporting."—Slate.com

"A deep dive into the sordid sociopathy of the current occupant of the Oval Office."—The Village Sun

"[One] of the best books to come out of the Me Too Movement."
—Women.com

"A comprehensive, yet thoroughly disturbing look at the president's history and pattern of sexual misconduct....The significant new material and the book's usefulness as a single-volume source on the topic make this not only a critical current read but one likely to become even more important in the future."
—Library Journal (starred review)

Barry Levine is a veteran investigative reporter and editor in print and television. He received the Huffington Post's "Game Changer" award in 2010 for his "shoe leather reporting" and led a reporting team to a Pulitzer Prize nomination for investigative reporting and national news reporting. He lives in New York.
Monique El-Faizy is a Paris-based journalist and the author of God and Country: How Evangelicals Have Become America's New Mainstream. Her writing has appeared in numerous publications, including The New York Times, the Guardian, the Washington Post, the Financial Times, Marie Claire, GQ, and Glamour.
Loading...
or support indie stores by buying on