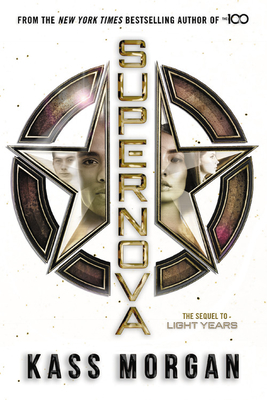 Tensions are rising between the Quatrans and the Specters, and the Quatra Fleet is gearing up for an epic fight. With a galaxy on the brink of war and loyalties divided, the friendship of four cadets will be tested.

Orelia has been arrested for espionage, and her future is looking bleak . . . until the Quatrans make her a surprising offer that could save her life--and the lives of everyone in the galaxy.

Reeling from his breakup, Arran finds comfort in a sympathetic boy from Loos, someone who understands how hard it can be to fit in. But is it enough for Arran to forget his heartbreak?

Cormak's position at the Academy is finally secure. But when someone discovers his treasonous secret, it jeopardizes everything he's fought for, including his relationship with the person he cares about most.

And Vesper is ready to become a superstar officer . . . until she uncovers a conspiracy that shakes her faith in the Quatra Fleet to its core.

As secret machinations come to light, these cadets will be forced to overcome their differences and band together to restore peace to their worlds.

Kass Morgan is the author of The 100 series, which is now a television show on the CW. She received a bachelor's degree from Brown University and a master's degree from Oxford University. She currently works as an editor and lives in Brooklyn, New York.

Praise for Light Years:
"Phenomenal...readers will be itching for more when they finish...A must-purchase for fans of the author and science fiction/romance."
—SLJ

"The many space-combat scenarios are convincing enough to thrill ardent Trekkies. A fun, fast-paced read laced with a froth of space romance."—Kirkus Reviews

"A lighter version of Ender's Game, Light Years is a must read for young adult and sci-fi lovers alike...a heartwarming, fast-paced read."—Teenreads.com

"This mash-up of Ender's Game (Tor Books 1985) and The Hunger Games will be popular with readers of similar action, sci-fi series. The cliffhanger of an ending will have readers clamoring for the next book in the series."—SLC

Praise for The 100 series:
"It's easy to be drawn in by the Lord of the Flies-style tension that builds as the teens struggle to set up a new society on a battered Earth, and by the smoldering romances that hang in the balance."
—Publishers Weekly

"Dark and riveting. A mash-up of The Lord of the Flies, Across the Universe, and The Hunger Games."—Booklist