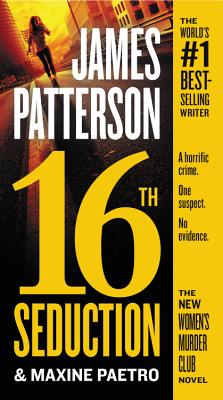 Still recovering from her husband's betrayal, Detective Lindsay Boxer faces a series of heart-stopping crimes and a deadly conspiracy that threatens to destroy San Francisco.
Fifteen months ago, Detective Lindsay Boxer's life was perfect. She had a beautiful child and a doting husband, Joe, who helped her catch a criminal who'd brazenly detonated a bomb in downtown San Francisco, killing twenty-five people. But Joe wasn't everything that Lindsay thought he was, and she's still reeling from his betrayal as a wave of mysterious and possibly unnatural heart attacks claims seemingly unrelated victims across San Francisco.
As if that weren't enough, the bomber she and Joe captured is about to go on trial, and his defense raises damning questions about Lindsay and Joe's investigation. Not knowing whom to trust, and struggling to accept the truth about the man she thought she knew, Lindsay must connect the dots of a deadly conspiracy before a brilliant criminal puts her on trial.
Filled with the suspense and emotion that have made James Patterson the world's #1 bestselling writer, 16th Seduction is the Women's Murder Club's toughest case yet-and an exhilarating thrill ride from start to finish.