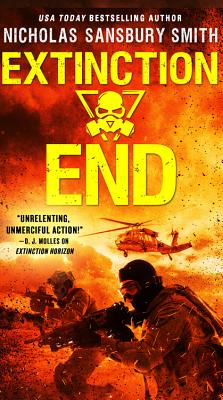 The fifth book in USA Today bestselling author Nicholas Sansbury Smith's propulsive post-apocalyptic series about one man's mission to save the world.

Almost seven weeks have passed since the Hemorrhage Virus ravaged the world. The remnants of the United States military have regrouped and relocated Central Command to the George Washington Carrier Strike Group. It's here, in the North Atlantic, that President Jan Ringgold and Vice President George Johnson prepare to deploy a new bioweapon and embark on the final mission to take back the country from the Variants.

With his home gone and his friends kidnapped, Master Sergeant Reed Beckham and his remaining men must take drastic measures to save what's left of the human race.
The end is here. . .