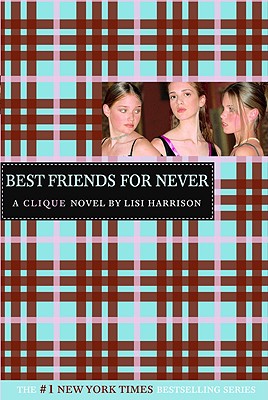 A Clique Novel (The Clique #2)

In the second book starring Westchester County's most privileged middle schoolers, the Clique declares Massie a hero for hosting the first boy/girl Halloween party of 8th grade. Massie's already hired Landon Dorsey, the hottest party planner in the 9-1-4 area code, but her parents insist she has to invite the entire class. Unfortunately that means everyone. Layne is bummed that the boys will be there -- she IMs Claire that's so "DESPR8" -- as Claire wonders if maybe a boyfriend will make her happy.Meanwhile, Massie and the Clique are fighting over who gets to invite Derek Herrington. Dylan thought it was obvious that she was the one who danced all night with Derek at the OCD benefit last month, but says "Whatevs" when Kristen gets all weird about it. Fine, she can have him. He was a terrible dancer anyway and there will be tons of guys to choose from at the party....

Lisi Harrison is the author of The Clique, Alphas and Monster High series. She was the Senior Director of Production Development at MTV and Head Writer for MTV Production. Lisi is currently pretending to write her next novel.

Lisi lives in Laguna Beach, California.
Loading...
or support indie stores by buying on
(This book is on backorder)