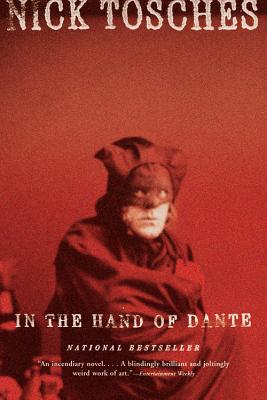 In the Hand of Dante

Deep inside the Vatican library, a priest discovers the rarest and most valuable art object ever found: the manuscript of The Divine Comedy, written in Dante's own hand. Via Sicily, the manuscript makes its way from the priest to a mob boss in New York City, where a writer named Nick Tosches is called to authenticate the prize. For this writer, the temptation is too great: he steals the manuscript in a last-chance bid to have it all. Some will find it offensive; others will declare it transcendent; it is certain to be the most ragingly debated novel of the decade.

Praise For In the Hand of Dante: A Novel…

Nick Tosches is from Newark, New Jersey. He is the author of four previous novels, Me and the Devil, In the Hands of Dante, Cut Numbers, and Trinities. His nonfiction works include Where Dead Voices Gather, The Devil and Sonny Liston, Dino, Power on Earth, Hellfire, Country, and Unsung Heroes of Rock 'n' Roll. He lives in New York City.
Loading...
or support indie stores by buying on
(This book is on backorder)