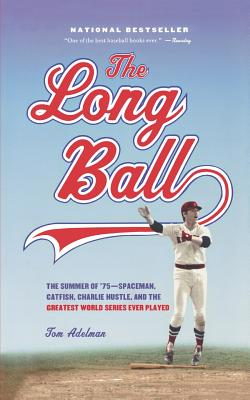 The Summer of '75 -- Spaceman, Catfish, Charlie Hustle, and the Greatest World Series Ever Played

The 1975 World Series between the Boston Red Sox and the Cincinnati Reds is generally considered the best of all time, and baseball historians often rank its sixth game as the greatest single game ever played.

Tom Adelman is the author of the national bestseller The Long Ball. He has also written several novels and works of music criticism. Adelman and his family live in Princeton, New Jersey.
Loading...
or support indie stores by buying on