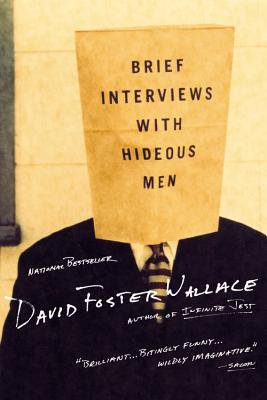 In this thought-provoking and playful short story collection, David Foster Wallace nudges at the boundaries of fiction with inimitable wit and seductive intelligence.
Wallace's stories present a world where the bizarre and the banal are interwoven and where hideous men appear in many guises. Among the stories are 'The Depressed Person,' a dazzling and blackly humorous portrayal of a woman's mental state; 'Adult World,' which reveals a woman's agonized consideration of her confusing sexual relationship with her husband; and 'Brief Interviews with Hideous Men,' a dark, hilarious series of imagined interviews with men on the subject of their relations with women.
Wallace delights in leftfield observation, mining the absurd, the surprising, and the illuminating from every situation. This collection will enthrall DFW fans, and provides a perfect introduction for new readers.

David Foster Wallace was born in Ithaca, New York, in 1962 and raised in Illinois, where he was a regionally ranked junior tennis player. He received bachelor of arts degrees in philosophy and English from Amherst College and wrote what would become his first novel, The Broom of the System, as his senior English thesis. He received a masters of fine arts from University of Arizona in 1987 and briefly pursued graduate work in philosophy at Harvard University. His second novel, Infinite Jest, was published in 1996. Wallace taught creative writing at Emerson College, Illinois State University, and Pomona College, and published the story collections Girl with Curious Hair, Brief Interviews with Hideous Men, Oblivion, the essay collections A Supposedly Fun Thing I'll Never Do Again, and Consider the Lobster. He was awarded the MacArthur Fellowship, a Lannan Literary Award, and a Whiting Writers' Award, and was appointed to the Usage Panel for The American Heritage Dictionary of the English Language. He died in 2008. His last novel, The Pale King, was published in 2011.
Loading...
or support indie stores by buying on