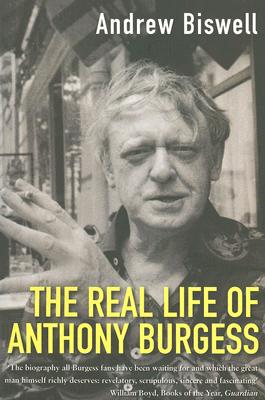 The Real Life of Anthony Burgess

The first comprehensive biography on the life of English novelist, critic, and composer Anthony Burgess, author of A Clockwork Orange. Admired worldwide for his literary novels, including the masterpiece Earthly Powers, Anthony Burgess also achieved notoriety for the ultra-violent shocker, A Clockwork Orange. In this new biography, Andrew Bisswell charts Burgess' life from his solitary and motherless childhood to his triumphant emergence as a writer, critic, and composer. He also casts new light on Burgess' complicated relationship with director Stanley Kubrick, looks with sensitivity at his tempestuous first marriage, and explores his erotic entanglements with Graham Greene and William Burroughs. Drawing on extensive interviews, unpublished writings, letters, and diaries, The Real Life of Anthony Burgess reveals both the writer and the man as never before.

Praise For The Real Life of Anthony Burgess…

Andrew Biswell has been researching and publishing articles on Anthony Burgess since 1995. He is a lecturer in the English Department at Manchester Metropolitan University. He also contributes regular fiction reviews to TLS, The Daily Telegraph, The Guardian, Scotland on Sunday, and The Boston Globe.
Loading...
or
Not Currently Available for Direct Purchase