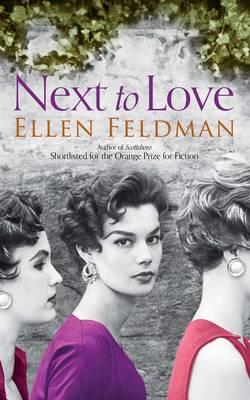 For fans of "The Guernsey Literary and Potato Peel Society, The Postmistress," and "Hotel on the Corner of Bitter and Sweet, " a story of love, war, loss, and the scars they leave set during the years of World War II and its aftermath.
It's 1941. Babe throws like a boy, thinks for herself, and never expects to escape the poor section of her quiet Massachusetts town. Then World War II breaks out, and everything changes. Her friend Grace, married to a reporter on the local paper, fears being left alone with her infant daughter when her husband ships out; Millie, the third member of their childhood trio, now weds the boy who always refused to settle down; and Babe wonders if she should marry Claude, who even as a child could never harm a living thing. As the war rages abroad, life on the home front undergoes its own battles and victories; and when the men return, and civilian life resumes, nothing can go back to quite the way it was.
From postwar traumas to women's rights, racial injustice to anti-Semitism, Babe, Grace, and Millie experience the dislocations, the acute pains, and the exhilaration of a society in flux. Along the way, they will learn what it means to be a wife, a mother, a friend, a fighter, and a survivor. Beautiful, startling, and heartbreaking, "Next to Love" is a love letter to the brave women who shaped a nation's destiny.
"Impossible to put down." --Stacy Schiff
Look for special features inside. Join the Circle for author chats and more.

Ellen Feldman, a 2009 Guggenheim fellow, is the author of "Scottsboro, " which was shortlisted for the Orange Prize, "The Boy Who Loved Anne Frank, "and "Lucy." She lives in New York City. "From the Hardcover edition."
Loading...
or
Not Currently Available for Direct Purchase