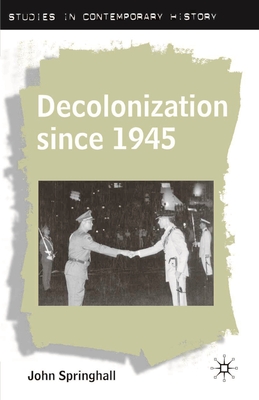 The Collapse of European Overseas Empires (Studies in Contemporary History)

One of the most significant changes of the post-1945 world has been the decline and final dismemberment of European colonial empires in Africa, Asia, the Middle East, the Pacific, and the Caribbean. In 1939, roughly a third of the world's entire population lived under colonial rule. At the end of the 20th-century, less than one per cent did so. In this study, each major European overseas colony, rather than being subject to chronological or thematic subdivision, receives separate, extensive, and consecutive treatment.

JOHN SPRINGHALL is Reader in History at the University of Ulster, Coleraine.
or support indie stores by buying on
Copyright © 2020 American Booksellers Association