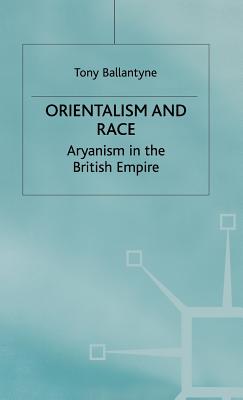 Aryanism in the British Empire (Cambridge Imperial and Post-Colonial Studies)

This study traces the emergence and dissemination of Aryanism within the British Empire. The idea of an Aryan race became an important feature of imperial culture in the nineteenth century, feeding into debates in Britain, Ireland, India, and the Pacific. The global reach of the Aryan idea reflected the complex networks that enabled the global reach of British Imperialism. Tony Ballantyne charts the shifting meanings of Aryanism within these 'webs' of Empire.

TONY BALLANTYNE is Lecturer in History at the University of Otago, Dunedin, New Zealand. His research focuses on the interconnections between South Asian and British history, with a particular emphasis on the intellectual and cultural networks that reshaped South Asia in the nineteenth century. His other publications include Between Colonialism and Diaspora: Sikh Cultural Formations in an Imperial World (2006) and Bodies in Contact: Rethinking Colonial encounters in World History (2005), co-edited with Antoinette Burton.
Loading...
or support indie stores by buying on