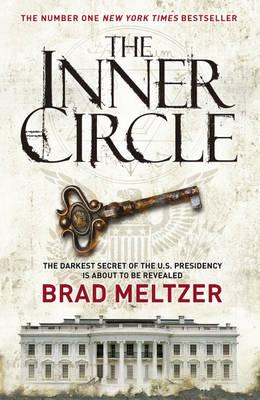 "There are stories no one knows. Hidden stories. I love those stories. And since I work in the National Archives, I find those stories for a living.
"
Beecher White, a young archivist, spends his days working with the most important documents of the U.S. government. He has always been the keeper of other people's stories, never a part of the story himself...
Until now.
When Clementine Kaye, Beecher's first childhood crush, shows up at the National Archives asking for his help tracking down her long-lost father, Beecher tries to impress her by showing her the secret vault where the President of the United States privately reviews classified documents. After they accidentally happen upon a priceless artifact - a 200 hundred-year-old dictionary that once belonged to George Washington, hidden underneath a desk chair, Beecher and Clementine find themselves suddenly entangled in a web of deception, conspiracy, and murder.
Soon a man is dead, and Beecher is on the run as he races to learn the truth behind this mysterious national treasure. His search will lead him to discover a coded and ingenious puzzle that conceals a disturbing secret from the founding of our nation. It is a secret, Beecher soon discovers, that some believe is worth killing for.
Gripping, fast-paced, and filled with the fascinating historical detail for which he is famous, THE INNER CIRCLE is a thrilling novel that showcases a brilliant author writing at the height of his craft.

Brad Meltzer is the author of the #1 "New York Times "bestseller "The Book of Fate" and six other New York Times bestselling thrillers. His most recent novel is "The Inner Circle." His first non-fiction work "Heroes for My Son" recently hit the "New York Times" bestseller list. He is also the host of the History Channel series "Brad Meltzer's Decoded," the Eisner Award-winning writer of the graphic novel "Justice League," and one of the co-creators of the TV show "Jack & Bobby." A graduate of the University of Michigan and Columbia Law School, he currently lives in Florida. But to see what really matters, please go to www.BradMeltzer.com. You can also see what he's doing right now at facebook.com/bradmeltzer and twitter.com/bradmeltzer.
Loading...
or
Not Currently Available for Direct Purchase