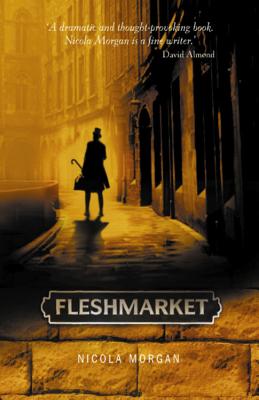 It is Edinburgh, 1822, and young Robbie is eight years old when he witnesses his mother's pain and subsequent death from an operation - without anaesthetic - to remove a tumour from her breast at the hands of Dr Knox. Haunted by this terrible event, Robbie, his hapless father and baby sister Essie attempt to move on with their lives. But when Robbie's father loses all their money and disappears, Robbie is left to look after himself and his sister in the Edinburgh slums. Somehow he falls in with Burke and Hare, the two men whom Knox employs to 'collect' bodies for medical research. Robbie sees a way to avenge his mother's death. Convincing himself that Knox is having people killed for him to experiment on, Robbie eventually confronts him. But Robbie comes to realise that for all his hard-heartedness and corrupt methods, Knox's motives are ultimately for the good: to improve surgical conditions, and operate on patients with the greatest speed and therefore minimum risk. Robbie eventually trains to be a surgeon, finally giving meaning to his mother's tragic death.

A dark and moving thriller set in 19th century Edinburgh ... Morgan's vivid portrayal of Edinburgh's Old Town, steeped in poverty, corruption and disease has a Dickensian lucidity, which lifts this novel out of the ordinary. The struggles of a young boy caring for his sister, coupled with the ethical and moral dilemmas facing the early surgical pioneers, make this a powerful and unforgettable story.—The Bookseller

Morgan -- in only her second novel -- could already be fairly compared to the late, greatly missed Leon Garfield—The Independent

Fleshmarket more than lives up to its evocative name and stylish jacket ... Morgan raises surprisingly contemporary issues about medical ethics through her rip-roaring plot with it's mix of real and imagined characters. It's a tour de force, the kind of novel that simply will not let you go—The Sunday Herald

This most unpredictable of novels ... a gripping and intelligent read ... Morgan plays with readers' expectations and judgement right to the end—The Sunday Telegraph

A dramatic and thought-provoking book. Nicola Morgan is a fine writer—David Almond

Fleshmarket is a tour de force, from it's attention-grabbing prologue onwards—Lindsey Fraser, The Guardian

She succeeds so brilliantly ... the freshness of Morgan's style shines through. She writes with the adjectival flourish of someone who really does seem to delight in words, who seems able to effortlessly fine-tune them for effect—The Scotsman

Behind the rip-roaring plot... there was a painful truth that gave the book a modern and moving kick—Young Post

This is an important book that lives up to the expectations of its evocative title and dramatic cover. Stories don't come any more powerful than this—Sunday Morning Post

This is a tough thriller, a delicate love story and a powerfully evocative historical novel. At its heart is a young man's obsession with the mother he lost under horrendous, bizarre circumstances. Set in Edinburgh at a time in which the city was at the vanguard of medical advance, Morgan reveals the deep moral dilemmas that accompanied meaningful research at the time. Her descriptions of Edinburgh's Old Town, decaying, corrupt and dangerous, are extraordinarily vivid. Lives were cheap, both within and out of the medical faculty.
Morgan is a confident, courageous and honest writer. Fleshmarket is a tour de force, from its attention-grabbing prologue onwards.

This book grabs you and never lets you go.—The Glasgow Herald

A dramatic and thought-provoking book. Nicola Morgan is a fine writer.—David Almond

Novel beginnings are seldom more dramatic or more grim than the first 10 pages of Nicola Morgan's Fleshmarket. This is sweat-on-the-forehead stuff. In the startling introduction to her story, Morgan, an uncompromising writer who doesn't believe in holding back, takes you straight to the painful centre of what is to follow and leaves you gasping.

Fleshmarket is well and truly a book that thrills, but behind the rip-roaring plot there is a painful truth that none of us should ever forget. This is an important book that lives up to the expectations of its evocative title and dramatic cover. Stories don't come any more powerful than this.

Nicola Morgan is an international speaker and award-winning author for and about teenagers. She has written nearly 100 books, including novels such as Fleshmarket (currently being adapted for the London stage) and Mondays are Red, but in the last twelve years she has become increasingly well known for her passionate factual work on adolescence, with Blame My Brain - The Amazing Teenage Brain Revealed and The Teenage Guide to Stress being seminal titles for teenagers and the adults who work with and care about them. A former teacher and dyslexia specialist, Nicola now writes and speaks around the world on a range of subjects relating to adolescence and wellbeing, as well as the reading brain, reading for pleasure and the effects of life online. Her positive, respectful and empathetic attitude towards young people naturally led her to write Positively Teenage.
Loading...
or
Not Currently Available for Direct Purchase