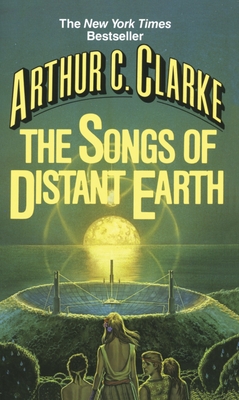 From the New York Times bestselling author of the Space Odyssey series comes a dazzling adventure of exploration and paradise lost.

Just a few islands in a planetwide ocean, Thalassa was a veritable paradise—home to one of the small colonies founded centuries before by robot Mother Ships when the Sun had gone nova and mankind had fled Earth.

Mesmerized by the beauty of Thalassa and overwhelmed by its vast resources, the colonists lived an idyllic existence, unaware of the monumental evolutionary event slowly taking place between their seas. . . .

Then the Magellan arrived in orbit carrying one million refugees from the last, mad days on Earth. And suddenly uncertainty and change had come to the placid paradise that was Thalassa.

Arthur C. Clarke has long been considered the greatest science fiction writer of all time and was an international treasure in many other ways, including the fact that an article by him in 1945 led to the invention of satellite technology. Books by Clarke—both fiction and nonfiction—have sold more than one hundred million copies worldwide. He died in 2008.
Loading...
or
Not Currently Available for Direct Purchase