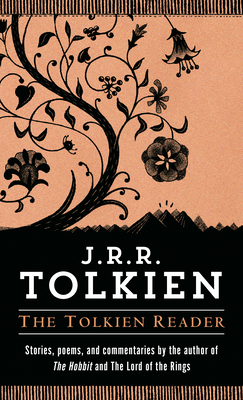 An absorbing collection of stories, poems, and commentaries by the author of The Hobbit and The Lord of the Rings

Renowned around the world as the author of The Hobbit and The Lord of the Rings, J.R.R. Tolkien was also a distinguished academic and professor whose writings and lectures expand beyond the scope of his beloved Middle-earth. From short stories of fantastical adventures to essays on imagination and the narrative form, The Tolkien Reader gathers some of these fascinating and hard-to-find works into one volume.

Tree and Leaf: Professor Tolkien’s now-famous essay “On Fairy-stories” and the short story “Leaf by Niggle” examine and illustrate the form and treatment of fantasy narratives.

The Homecoming of Beorhtnoth Beorhthelm’s Son: A short play inspired by The Battle of Malden, an Old English poem with no ending and no beginning that describes a historical tenth-century battle between the English and Viking invaders.

Farmer Giles of Ham: An imaginative history of the distant past that follows the unheroic Farmer Giles as he attempts to capture a somewhat untrustworthy dragon.