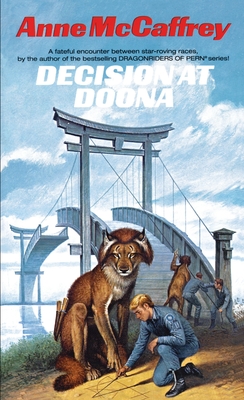 A fateful encounter between star-roving races by the author of the bestselling Dragonriders of Pern series!

After the first human contact with the Siwannese, that entire race committed mass suicide. So the Terran government made a law—no further contact would be allowed with sentient creatures anywhere in the galaxy. Therefore Doona could be colonized only if an official survey established that the planet was both habitable and uninhabited.

But Spaceship had made a mistake—Doona was inhabited. Now the colonists' choice was limited. Leave Doona and return to the teeming hell of an overpopulated Terra. Or kill the catlike Hrrubans. Or learn, for the first time in history, how to coexist with an alien race.