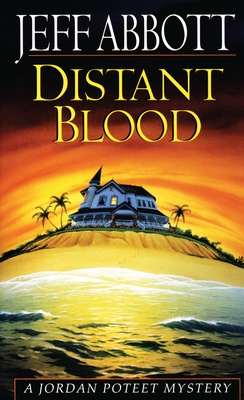 Blood runs cold--especially in this family.
Thanks to a newfound connection with his natural father, librarian Jordan Poteet is suddenly a member of a rich Texas dynasty. But a series of poison-pen letters warns him to stay away from the Goertz family reunion on a Gulf Coast island.
He soon wishes he had, because his new kinfolk--four generations of them--are hiding secrets deep and dark enough to taint an entire bloodline. And an unexpected death makes it chillingly clear that the anonymous hate mail directed at Jordan isn't a joke. Ghosts of the violent past are walking. A murderer is on the move. And a terrible unfolding of tragedy has begun that will spare no one--not even Jordan himself. . . .

Jeff Abbott is the nationally bestselling, award-winning author of multiple novels of mystery and suspense. His novels have been called "exciting, shrewd, and beautifully crafted" (Chicago Tribune), "fresh, original . . . intricately woven" (Publishers Weekly), and "excellent" (South Florida Sun-Sentinel). A fifth-generation Texan, he spent his childhood in Austin and Dallas with parents and grandparents who loved to tell stories. He lives in Austin with his wife and two sons.
Loading...
or
Not Currently Available for Direct Purchase