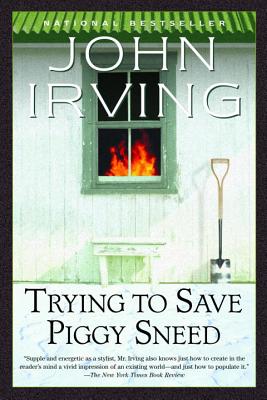 Trying to Save Piggy Sneed

Here is a treat for John Irving addicts and a perfect introduction to his work for the uninitiated.  To open this spirited collection, Irving explains how he became a writer.  There follow six scintillating stories written over the last twenty years ending with a homage to Charles Dickens.  This irresistible collection cannot fail to delight and charm.

Praise For Trying to Save Piggy Sneed…

"An absolute must." --London Free Press

"His characters delight, their situations intrigue and the world takes on new and meaningful hues." --Peterborough Examiner

"Hilarious.  Highly enjoyable stories with zany plots and unforgettable characters, made all the more readable by Irving's silky smooth prose." --The Independent