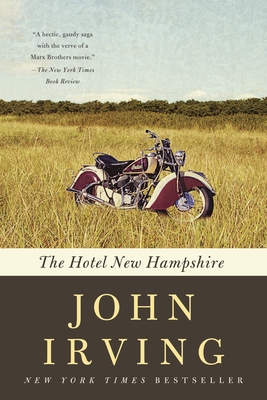 The New York Times bestselling saga of a most unusual family from the award-winning author of The World According to Garp.

“The first of my father’s illusions was that bears could survive the life lived by human beings, and the second was that human beings could survive a life led in hotels.” So says John Berry, son of a hapless dreamer, brother to a cadre of eccentric siblings, and chronicler of the lives lived, the loves experienced, the deaths met, and the myriad strange and wonderful times encountered by the family Berry. Hoteliers, pet-bear owners, friends of Freud (the animal trainer and vaudevillian, that is), and playthings of mad fate, they “dream on” in a funny, sad, outrageous, and moving novel by the remarkable author of A Prayer for Owen Meany and Last Night in Twisted River.

Praise For The Hotel New Hampshire…

“Rejoice! John Irving has written another book according to your world. . . . You must read this book.”—Los Angeles Times