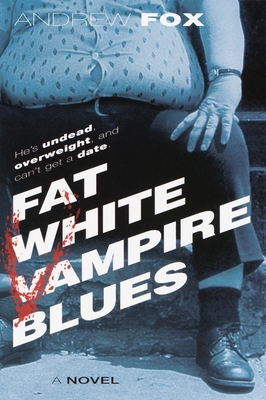 He’s undead, overweight, and can’t get a date

Vampire, nosferatu, creature of the night—whatever you call him—Jules Duchon has lived (so to speak) in New Orleans far longer than there have been drunk coeds on Bourbon Street. Weighing in at a whopping four hundred and fifty pounds, swelled up on the sweet, rich blood of people who consume the fattiest diet in the world, Jules is thankful he can’t see his reflection in a mirror. When he turns into a bat, he can’t get his big ol’ butt off the ground.

What’s worse, after more than a century of being undead, he’s watched his neighborhood truly go to hell—and now, a new vampire is looking to drive him out altogether. See, Jules had always been an equal opportunity kind of vampire. And while he would admit that the blood of a black woman is sweeter than the blood of a white man, Jules never drank more than his fair share of either. Enter Malice X . Young, cocky, and black, Malice warns Jules that his days of feasting on sisters and brothers are over. He tells Jules he’d better confine himself to white victims—or else face the consequences. And then, just to prove he isn’t kidding, Malice burns Jules’s house to the ground.

With the help of Maureen, the morbidly obese, stripper-vampire who made him, and Doodlebug, an undead cross-dresser who (literally) flies in from the coast—Jules must find a way to contend with the hurdles that life throws at him . . . without getting a stake through the heart. It’s enough to give a man the blues.

Andrew Jay Fox is the author of Fat White Vampire Blues and Bride of the Fat White Vampire. He  was born in 1964 and grew up in North Miami Beach, Florida. The first movie he remembers seeing is Japanese monster fest Destroy All Monsters, viewed from the backseat of his stepdad’s Caprice convertible. Early passions included Universal horror movies, 1950s giant monster flicks, WWII navy dramas, Planet of the Apes, and horror comics, particularly Marv Wolfman’s and Gene Colan’s “Tomb of Dracula.”
Loading...
or
Not Currently Available for Direct Purchase