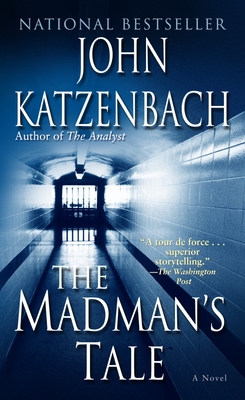 It’s been twenty years since Western State Hospital was closed down and the last of its inmates reintegrated into society. Francis Petrel was barely out of his teens when his family committed him to the asylum, after his erratic behavior culminated in a terrifying outburst. Now middle-aged, he leads an aimless, solitary life housed in a cheap apartment, periodically tended to by his sisters, and perpetually medicated to quiet the chorus of voices in his head. But a reunion on the grounds of the shuttered institution stirs something deep in Francis’s troubled mind: dark memories he thought he had laid to rest, about the grisly events that led to Western State Hospital’s demise.

It begins in 1979, when twenty-one-year-old Petrel descends into the state-run purgatory of an overcrowded, understaffed Massachusetts mental hospital. Surrounded by inmates roaming the halls like drugged zombies and raving behind locked doors, well-meaning orderlies, jaded nurses, and patronizing doctors, Francis finds friendship with a motley assortment of fellow patients: a would-be Napoleon, a wise ex-firefighter, and a man obsessed with battling imagined devils. But there’s nothing imaginary about the young nurse found sexually assaulted and brutally murdered late one night after lights-out.

The police suspect an inmate, while patients whisper about visions of a white-shrouded “angel.” But the striking and mysterious prosecuting attorney who arrives to investigate has her own chilling theory—about the grim, telltale “signature” left on the victim’s body, a string of unsolved sex killings, and a very real devil who, by chance or design, has come to turn a madhouse into a slaughterhouse.

Now, with the past creeping back to haunt his thoughts, and nothing but a pencil and the bare walls of his bleak apartment, Francis surrenders to the overwhelming need to tell the story of those nightmarish days. But because the crime was never solved, it’s a story doomed to remain unfinished. Until, like Francis’s long-buried recollections, the killer resurfaces . . . with a vengeance.

A tour de force narrative journey through the eerily unpredictable mind of an utterly unusual hero, The Madman’s Tale will keep even the most astute thriller reader uncertain, unnerved, and unable to resist the tantalizing twists and turns of this fiendishly suspenseful shadow show.

John Katzenbach has written eight previous novels: the Edgar Award–nominated In the Heat of the Summer, which was adapted for the screen as The Mean Season; the New York Times bestseller The Traveler; Day of Reckoning; Just Cause, which was also made into a movie; The Shadow Man (another Edgar nominee); State of Mind; Hart’s War, which was also a major motion picture; and The Analyst. Katzenbach has been a criminal court reporter for The Miami Herald and Miami News and a featured writer for the Herald’s Tropic magazine. He lives in western Massachusetts.
Loading...
or
Not Currently Available for Direct Purchase