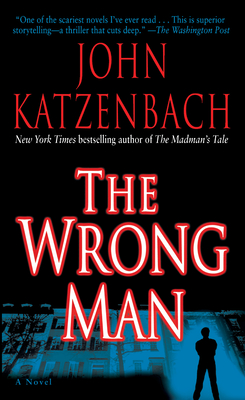 Scott Freeman is a man of reason–a college professor grounded in the rational and practical. But he becomes uneasy after finding an anonymous love letter hidden in his daughter’s room: “No one could ever love you like I do. No one ever will. We will be together forever. One way or another.” But the reality of Ashley’s plight far exceeds Scott’s worst suspicions.

One drink too many had led Ashley, a beautiful, bright art student, into what she thought was just a fling with a blue-collar bad boy. But now, no amount of pleading or reasoning can discourage his phone calls, ardent e-mails, and constant, watchful gaze.

Michael O’Connell is but a malignant shadow of a man. His brash, handsome features conceal a black and empty soul. Control is his religion. Cunning and criminal skill are his stock-in-trade. Rage is his language.

The harder Ashley tries to break free, the deeper Michael burrows into every aspect of her life, so she turns in desperation to her divorced parents and her mother’s new partner–three people still locked in a coldly civilized triangle of resentment. But their fierce devotion to Ashley is the common bond that will draw them together to face down a predator.

For Ashley’s family, it is a test of primal love that will drive them to the extreme edge–and beyond–in a battle of wills that escalates into a life-or-death war to protect their own.

From the bestselling master of suspense, John Katzenbach, The Wrong Man is an elegantly crafted and breathtakingly intense read that asks the question, “How far would you go to save the child you love?”

Praise For The Wrong Man: A Novel…

“This haunting story will linger in your mind long after you’ve left the asylum. . . . Katzenbach’s wonderful, tense narrative flows effortlessly, drawing you deeper and deeper into a chilling atmosphere of evil, darkness, and shadows.”
–The Miami Herald

John Katzenbach is the New York Times bestselling author of nine previous novels: the Edgar Award—nominated In the Heat of the Summer, which was adapted for the screen as The Mean Season; The Traveler; Day of Reckoning; Just Cause, which was also made into a movie; The Shadow Man (another Edgar nominee); State of Mind; Hart’s War, which was also a major motion picture; The Analyst; and The Madman’s Tale. Katzenbach has been a criminal court reporter for The Miami Herald and Miami News and a featured writer for the Herald’s Tropic magazine. He lives in western Massachusetts.
Loading...
or
Not Currently Available for Direct Purchase