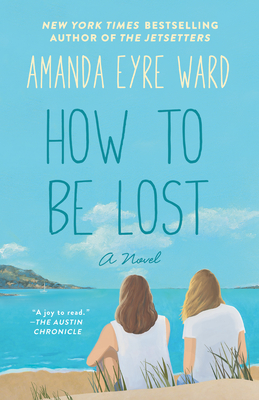 How to Be Lost

From the New York Times bestselling author of The Jetsetters . . . Years ago, five-year-old Ellie disappeared. But then her sister finds her photograph in the pages of a magazine, leading her to ask: Was Ellie ever really missing?

“Invites comparison to The Lovely Bones . . . Ward’s depiction of family, with its attendant love and guilt, will keep you turning pages.”—People

Joseph and Isabelle Winters seem to have it all: a grand home in Holt, New York, a trio of radiant daughters, and a sense that they are safe in their affluent corner of America. But when five-year-old Ellie disappears, the fault lines within the family are exposed: Joseph, once a successful businessman, succumbs to his demons; Isabelle retreats into memories of her debutante days in Savannah; and Ellie’s bereft sisters grow apart—Madeline reluctantly stays home, while Caroline runs away.

Fifteen years later, Caroline, now a New Orleans cocktail waitress, sees a photograph of a woman in a magazine. Convinced that it is Ellie all grown up, Caroline embarks on a search for her missing sister. Armed with copies of the photo, an amateur detective guide, and a cooler of Dixie beer, Caroline travels through the New Mexico desert, the mountains of Colorado, and the smoky underworld of Montana, determined to salvage her broken family.

Praise For How to Be Lost: A Novel…

“You’ve got a great book in your hands—Amanda Eyre Ward shines here with . . . humor and brilliance . . . setting vivid descriptions of women’s interior lives within a haunting mystery, all told in the clear, no-nonsense prose that has won her such acclaim.”—Andrew Sean Greer, New York Times bestselling and Pulitzer Prize–winning author of Less

“Ward writes with authority, humor, intelligence, and poignancy, and these qualities make the book hard to put down. . . . Moving, credible, and absorbing.”—Chicago Tribune

“One of those sink-your-teeth-into-it novels that remind you why you love to read.”—The Charlotte Observer

“The narrative is so engrossing, so propelling, you’re surprised to come upon the last page.”—Time Out New York

“Affecting . . . sustains suspense to the very end and brings a tear to the eye.”—The Denver Post

Amanda Eyre Ward is the New York Times bestselling author of seven novels including The Jetsetters, a Reese’s Book Club pick. She lives in Austin, Texas, with her family.
Loading...
or
Not Currently Available for Direct Purchase