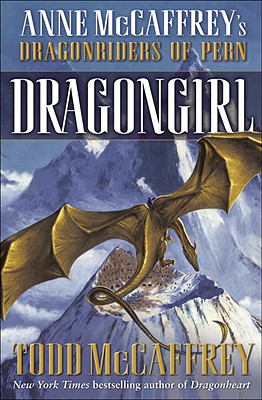 Young Fiona, rider of the gold queen Talenth, has returned from the past, where she and a group of dragons and riders fled so that the wounded could heal from their previous battles with Thread and the younger dragons could safely grow to fighting age. Gone only three days, yet aged more than three years, Fiona is no longer a child but a woman prepared to fight against the Thread that threatens to destroy her world.

Fiona’s life takes a pivotal turn when a shocking tragedy thrusts her into a position of authority. Now she finds herself leading weyrfolk who have a hard time trusting a senior Weyrwoman who is both young and an outsider.

But even greater challenges lie ahead: Thread is falling and there are too few dragons to stem the tide. Many have died from the recent plague, and even with the influx of newly mature dragons from the past, the depleted fighting force is no match for the intensifying Threadfall. Fiona knows that something must be done, and what she proposes is daring and next to impossible. But if her plan succeeds, it just might save them all.

With a cast of familiar characters from previous Pern novels—including Lorana, who sacrificed her own queen dragon so that all the dragons of Pern would have a chance to survive, and Kindan, the harper Fiona has loved her whole life—Dragongirl is another triumph for Todd McCaffrey, and a riveting new chapter for the Dragonriders of Pern.

“The [Pern] torch has been passed and burns more brightly than ever.”—Publishers Weekly, on Dragonsblood

Todd McCaffrey is the bestselling author of the Pern novel Dragonsblood and the co-author, with his mother, Anne McCaffrey, of Dragon's Kin, Dragon's Fire, and Dragon Harper. A computer engineer, he currently lives in Los Angeles. Having grown up in Ireland with the epic of the Dragonriders of Pern, (R) he is bursting with ideas for new stories of that world, its people, and its dragons.
Loading...
or
Not Currently Available for Direct Purchase