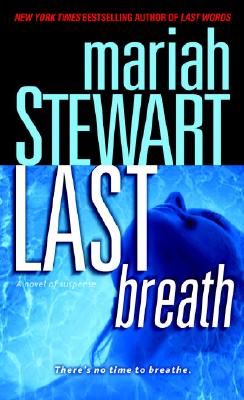 As renowned archaeologist Dr. Daria McGowan readies the most important project of her career–a University museum exhibit showcasing the priceless artifacts her great-grandfather unearthed a century earlier in the Middle East–she makes a shocking discovery: many of the most significant pieces have vanished. Panicked, Daria turns to the FBI.

Solving the mystery is an assignment that Connor Shields is more than happy to accept: Daria is the same intriguing blonde archaeologist he’s had on his mind since their paths first crossed two years ago. Working together to track down the stolen artifacts, Daria and Connor discover a trail of bodies–collectors who have met brutal, bizarre ends at the hands of a killer whose murderous methods are based on the rituals of an ancient civilization.

Amid rumors of a curse and mounting pressure from both the FBI and the University, Daria and Connor race to unmask their enemy and unravel a mystery stretching across oceans and centuries. All the while, an ingenious murderer follows a sinister plan to gather the coveted antiquities and one last acquisition–Daria.

Mariah Stewart is the bestselling author of numerous novels and several novellas. She has been a RITA finalist for romantic suspense and is the recipient of the Award of Excellence for contemporary romance, a RIO (Reviewers International Organization) Award honoring excellence in women’s fiction, and a Reviewers’ Choice Award from Romantic Times magazine. A native of Hightstown, New Jersey, she is a three-time recipient of the Golden Leaf Award and a Lifetime Achievement Award from the New Jersey Romance Writers, of whose Hall of Fame she is an honoree. Stewart is a member of Sisters in Crime; International Thriller Writers; Novelists, Inc.; Valley Forge Romance Writers; New Jersey Romance Writers; Washington Romance Writers; and Romance Writers of America. She lives with her husband, two daughters, and two rambunctious golden retrievers amid the rolling hills of Chester County, Pennsylvania.

Praise For Last Breath: A Novel of Suspense…

“Stewart’s characters are rich and the intrigue compelling.”
–Romantic Times

Dark Truth
“The truths revealed may be dark, but Stewart’s story sizzles with light and sagacity.”
–BookPage