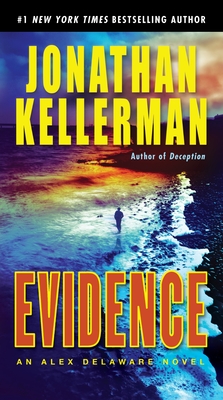 In a half-built mansion in Los Angeles, a watchman stumbles onto the bodies of a young couple—murdered and left in a gruesome postmortem embrace. Veteran homicide cop Milo Sturgis is shocked at the sight: a twisted crime that only Milo and psychologist Alex Delaware can hope to solve. While the female victim’s identity remains in question, her companion is ID’d as eco-friendly architect Desmond Backer, notorious for his power to seduce women. The deeper Milo and Alex dig for clues, the longer the list of suspects grows. But when the investigation veers suddenly in a startling direction, it’s the investigators who may wind up on the wrong end of a cornered predator’s final fury.

Jonathan Kellerman is the #1 New York Times bestselling author of more than three dozen bestselling crime novels, including the Alex Delaware series, The Butcher’s Theater, Billy Straight, The Conspiracy Club, Twisted, and True Detectives. With his wife, bestselling novelist Faye Kellerman, he co-authored Double Homicide and Capital Crimes. With his son, bestselling novelist Jesse Kellerman, he co-authored the first book of a new series, The Golem of Hollywood. He is also the author of two children’s books and numerous nonfiction works, including Savage Spawn: Reflections on Violent Children and With Strings Attached: The Art and Beauty of Vintage Guitars. He has won the Goldwyn, Edgar, and Anthony awards and has been nominated for a Shamus Award. Jonathan and Faye Kellerman live in California, New Mexico, and New York.
Loading...
or
Not Currently Available for Direct Purchase