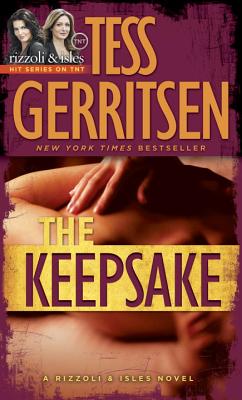 For untold years, the perfectly preserved mummy had lain forgotten in the dusty basement of Boston's Crispin Museum. Dubbed Madam X, the recently rediscovered mummy is, to all appearances, an ancient Egyptian artifact. But medical examiner Maura Isles discovers a macabre message hidden within the corpse horrifying proof that this centuries-old relic is instead a modern-day murder victim. When the grisly remains of two other women are found, it becomes clear to Maura and Boston homicide detective Jane Rizzoli that a maniac is at large. Now Maura and Jane must unravel a murderer's twisted endgame before the Archaeology Killer adds another chilling artifact to his monstrous collection.

Praise For The Keepsake…