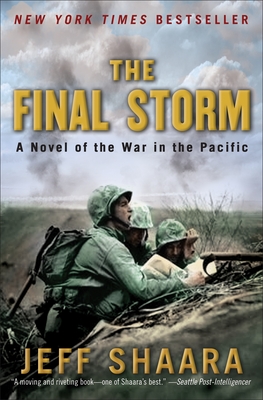 With the war in Europe winding down in the spring of 1945, the United States turns its vast military resources toward a furious assault on the last great stepping-stone to Japan—the heavily fortified island of Okinawa. The three-month battle in the Pacific theater will feature some of the most vicious combat of the entire Second World War, as American troops confront an enemy that would rather be slaughtered than experience the shame of surrender. Meanwhile, stateside, a different kind of campaign is being waged in secret: the development of a weapon so powerful, not even the scientists who build it know just what they are about to unleash. Colonel Paul Tibbets, one of the finest bomber pilots in the U.S. Army Air Corps, is selected to lead the mission to drop the horrific new weapon on a Japanese city. As President Harry S Truman mulls his options and Japanese physician Okiro Hamishita cares for patients at a clinic near Hiroshima, citizens on the home front await the day of reckoning that everyone knows is coming.

Jeff Shaara is the New York Times bestselling author of A Chain of Thunder, A Blaze of Glory, The Final Storm, No Less Than Victory, The Steel Wave, The Rising Tide, To the Last Man, The Glorious Cause, Rise to Rebellion, and Gone for Soldiers, as well as Gods and Generals and The Last Full Measure—two novels that complete the Civil War trilogy that began with his father’s Pulitzer Prize–winning classic, The Killer Angels. Shaara was born into a family of Italian immigrants in New Brunswick, New Jersey. He grew up in Tallahassee, Florida, and graduated from Florida State University. He lives in Gettysburg.

Praise For The Final Storm: A Novel of the War in the Pacific (World War II #4)…

“Whether you’re a military veteran or currently serving in the armed forces, or you’re a history buff or just enjoy a well-told tale, check out Jeff Shaara. Nobody tells war stories any better.”—The Sacramento Bee

“Extraordinarily evocative . . . Told from the perspectives of combatants and military leaders, both American and Japanese, the resulting balanced overview lends historical authenticity to the gripping fictional narrative.”—Booklist