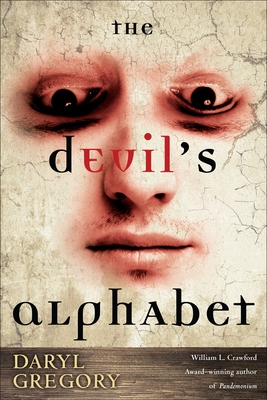 From Daryl Gregory, whose Pandemonium was one of the most exciting debut novels in memory, comes an astonishing work of soaring imaginative power that breaks new ground in contemporary fantasy.

Switchcreek was a normal town in eastern Tennessee until a mysterious disease killed a third of its residents and mutated most of the rest into monstrous oddities. Then, as quickly and inexplicably as it had struck, the disease–dubbed Transcription Divergence Syndrome (TDS)–vanished, leaving behind a population divided into three new branches of humanity: giant gray-skinned argos, hairless seal-like betas, and grotesquely obese charlies.

Paxton Abel Martin was fourteen when TDS struck, killing his mother, transforming his preacher father into a charlie, and changing one of his best friends, Jo Lynn, into a beta. But Pax was one of the few who didn’t change. He remained as normal as ever. At least on the outside.

Having fled shortly after the pandemic, Pax now returns to Switchcreek fifteen years later, following the suicide of Jo Lynn. What he finds is a town seething with secrets, among which murder may well be numbered. But there are even darker–and far weirder–mysteries hiding below the surface that will threaten not only Pax’s future but the future of the whole human race.

Daryl Gregory's first novel, Pandemonium, was published in 2008 and won the 2009 Crawford Award, given each year by critics and scholars of the fantasy field to "an oustanding new fantasy writer whose first book was published the previous year." The book was also a finalist for The Shirley Jackson Award, the Locus Award, and the Mythopoeic Award for best fantasy adult novel. Gregory's short stories have appeared in The Magazine of Fantasy & Science Fiction, Asimov's, several year's-best anthologies, and other fine venues. In 2005 Gregory recieved the Asimov's Readers' Award for the novelette "Second Person, Present Tense." He lives with his wife and two children in State College, Pennsylvania, where he writes both fiction and web code.
Loading...
or
Not Currently Available for Direct Purchase