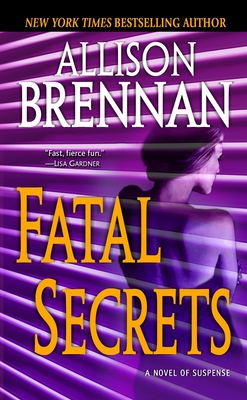 A Novel of Suspense (FBI Trilogy #2)

When a top lieutenant in a notorious ring of human traffickers agrees to turn state’s evidence, Immigration and Customs Enforcement senior agent Sonia Knight believes she’ll finally take down the illegal operation’s devilish mastermind, Xavier Jones. But when an FBI sting on Jones’s criminal enterprise collides with an ICE stakeout, Sonia is enraged: Her informant’s life and her evidence are in grave jeopardy.

FBI agent Dean Hooper has been chasing Jones for years on money-laundering and tax-evasion charges and doesn’t need or want a hot-headed ICE agent second-guessing his every move. When the Bureau is ordered to join forces with ICE, Sonia is just as livid: Her job is to save lives, not money. But their team effort pays off as fierce mutual resentment fades and passion flares–along with risk.

For Jones is just one piece of a depraved puzzle, answering to an even more dangerous predator. Denied his expected prey, this pitiless fiend intends to make Sonia and Dean pay with their own blood.

Allison Brennan is the author of ten bestselling romantic thrillers, including The Prey, Speak No Evil, Killing Fear, and Playing Dead. For thirteen years she worked as a consultant in the California State Legislature before leaving to devote herself fully to her family and writing. She is a member of Romance Writers of America, Mystery Writers of America, and International Thriller Writers. She lives in Northern California with her husband, Dan, and their five children.
Loading...
or
Not Currently Available for Direct Purchase