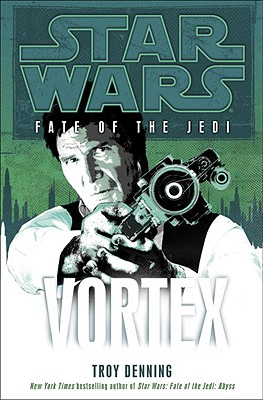 In a stunning turn of events, Luke Skywalker and his son, Ben, joined forces with members of the Sith armada sent to kill them—and turned their combined might against the monstrous being Abeloth. But with one menace dealt with, a new and even more insidious threat looms.

Now Luke and Ben must go on the run, taking along the inscrutable—and ever dangerous—Sith apprentice Vestara Khai. With a host of Sith warriors in hot pursuit, the Skywalkers soon find themselves trapped on the moon Pydyr, caught between their former allies and a mob of angry Fallanassi. A new truce may be their only hope. But can a Sith ever be trusted?

With the Jedi’s most famous father-and-son team outnumbered and outgunned, the countdown to galactic disaster has begun—and time is running out.

Troy Denning is the "New York Times" bestselling author of "Star Wars: Fate of the Jedi: Abyss; Star Wars: Tatooine Ghost; Star Wars: The New Jedi Order: Star by Star;" the "Star Wars: Dark Nest "trilogy: " The Joiner King, The Unseen Queen, " and "The Swarm War;" and S"tar Wars: Legacy of the Force: Tempest, Inferno, "and "Invincible"--as well as "Pages of Pain, Beyond the High Road, The Summoning, " and many other novels. A former game designer and editor, he lives in western Wisconsin with his wife, Andria.
Loading...
or
Not Currently Available for Direct Purchase