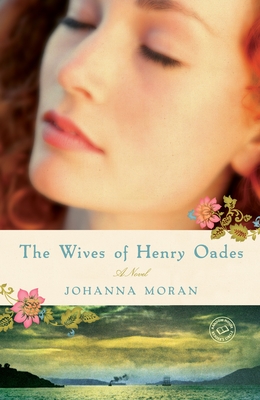 The Wives of Henry Oades

“Henry Oades' decision to move his family to New Zealand for a job proves crucial when his wife and children are kidnapped and presumed dead at the hands of native tribesmen. He moves to America and marries a young widow, only to find his first wife and children on his doorstep one day. They move in with his new family and Henry eventually face charges of bigamy. Based on a true story, this book goes right to the top of the list for book clubs.”
— Beth Carpenter, The Country Bookshop, Southern Pines, NC
View the List

When Henry Oades accepts an accountancy post in New Zealand, his wife, Margaret, and their children follow him to exotic Wellington. But while Henry is an adventurer, Margaret is not. Their new home is rougher and more rustic than they expected—and a single night of tragedy shatters the family when the native Maori stage an uprising, kidnapping Margaret and her children.

For months, Henry scours the surrounding wilderness, until all hope is lost and his wife and children are presumed dead. Grief-stricken, he books passage to California. There he marries Nancy Foreland, a young widow with a new baby, and it seems they’ve both found happiness in the midst of their mourning—until Henry’s first wife and children show up, alive and having finally escaped captivity.

Narrated primarily by the two wives, and based on a real-life legal case, The Wives of Henry Oades is the riveting story of what happens when Henry, Margaret, and Nancy face persecution for bigamy. Exploring the intricacies of marriage, the construction of family, the changing world of the late 1800s, and the strength of two remarkable women, Johanna Moran turns this unusual family’s story into an unforgettable page-turning drama.

Praise For The Wives of Henry Oades: A Novel…

“A stellar debut novel . . . A historical saga seen through the lens of two wives, one husband, and the disapproving, cantankerous rabble at the end of Victorian America.”—Jamie Ford, author of Hotel on the Corner of Bitter and Sweet

“Equal parts love story and courtroom drama, Johanna Moran’s The Wives of Henry Oades is a compelling story of good people caught in impossible circumstances, and a community that rushes to judge rather than to understand.”—Meg Waite Clayton, author of The Wednesday Sisters

“Intriguing and evocative . . . [It’s] the two women bonding that give this book its heart and should make this a book group winner.”—Publishers Weekly

“Johanna Moran’s fine first novel is a fascinating story….Moran is a careful writer, a spare stylist who never wastes a word. She also has a well-tuned ear for the jargon of the period, colorful language that adds warmth, humor, and humanity to her story.”—Boston Globe

“Moran focuses her satisfying, briskly paced novel on Henry’s two wives. Their experiences and attitudes are very different, yet their love for their children and their shared husband brings them to an unusual and courageous alliance.”—St. Petersburg Times

“Takes the bare outline of the legal case against Henry Oades and spins it into a heartbreaking story of the two women who love him.”—Herald-Tribune, Sarasota

“Moran’s debut is simply wonderful. She is firmly at home writing suspense-filled scenes, whether they take place among Maori captives or in a California courthouse. She also writes convincingly about the close friendships between women. The bond between women forms the core of this novel—a page-turner that readers will mourn finishing.”—Romantic Times, Top Pick!

Johanna Moran comes from a long line of writers and lawyers. She lives on the west coast of Florida with her husband, John. The Wives of Henry Oades is her first novel.
Loading...
or
Not Currently Available for Direct Purchase