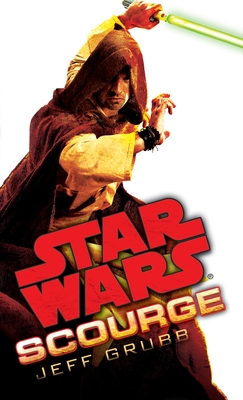 In the heart of crime-ridden Hutt Space, a Jedi Scholar searches for justice.

While trying to obtain the coordinates of a secret, peril-packed, but potentially beneficial trade route, a novice Jedi is killed—and the motive for his murder remains shrouded in mystery. Now his former Master, Jedi archivist Mander Zuma, wants answers, even as he fights to erase doubts about his own abilities as a Jedi. What Mander gets is immersion into the perilous underworld of the Hutts as he struggles to stay one step ahead in a game of smugglers, killers, and crime lords bent on total control.

Jeff Grubb is an author and game designer. He is the co-creator (with Ed Greenwood) of the Forgotten Realms setting and one of the co-founders of the Dragonlance setting. He has written fifteen novels and thirty short stories set in such worlds as Forgotten Realms, Dragonlance, Starcraft, Warcraft, and Guild Wars. He has written and contributed to more than a hundred games and game support products, including the Star Wars RPG, the Star Wars miniatures game for Wizards of the Coast, and Star Wars Attacktix for Hasbro. He is also the creator of the Whappamanga VoxBox, a handy device that allows Wookiees and Gamorreans to be understood in Basic. He lives in Seattle with his wife and two cats, and currently builds worlds for ArenaNet, the makers of the Guild Wars game.
Loading...
or
Not Currently Available for Direct Purchase