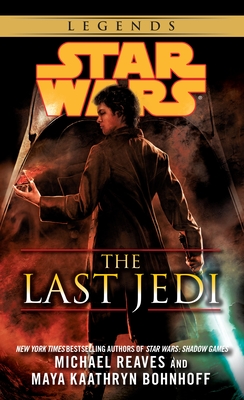 The Emperor’s ruthless Order 66 has all but exterminated the Jedi. The few remaining who still wield the Force for good have been driven into exile or hiding. But not Jax Pavan, who’s been steadily striking blows against the Empire—as a lone guerrilla fighter and a valued partner of Whiplash, a secret Coruscant-based resistance group. Now he’s taking on his most critical mission: transporting a valued Whiplash leader, targeted for assassination, from Coruscant to safety on a distant world. It’s a risky move under any circumstances, but Jax and his trusted crew aboard the Far Ranger, including the irrepressible droid I-Five, are prepared to pit their combat skills and their vessel’s firepower against all Imperial threats—except the one Jax fears most. Reports have raced across the galaxy that the dark lord of the Sith has fallen in a duel to the death with a Rebel freedom fighter. But Jax discovers the chilling truth when he reaches out with the Force . . . only to touch the dark, unmistakable, and malignantly alive presence that is Darth Vader. And Jax knows that Vader will stop at nothing until the last Jedi has fallen.

Michael Reaves received an Emmy Award for his work on the Batman television animated series. He has worked for Spielberg’s DreamWorks, among other studios, and has written fantasy novels and supernatural thrillers. Reaves is the New York Times bestselling author of Star Wars: Darth Maul: Shadow Hunter and the first two Star Wars: Coruscant Nights novels Jedi Twilight and Street of Shadows. He is also the co-writer (with Maya Kaathryn Bohnhoff) of the last two Star Wars: Coruscant Nights novels—Patterns of Force and The Last Jedi—and Star Wars: Shadow Games, as well as (with Steve Perry) Star Wars: Death Star and the Star Wars: MedStar novels Battle Surgeons and Jedi Healer. He lives in the Los Angeles area.


Maya Kaathryn Bohnhoff is the co-author (with Michael Reaves) of Star
Wars: The Last Jedi, Star Wars: Shadow Games, and Star Wars: Coruscant Nights: Patterns of Force, as well as the author of the novels The Meri, Taminy, The Crystal Rose, and The Spirit Gate. She is also the co-author of Magic Time: Angelfire, and has contributed a plenitude of short fiction to such magazines as Analog, Amazing Stories, Realms of Fantasy, Paradox, and Interzone. Her short fiction has been nominated for the Nebula and British Science Fiction awards. She lives in San Jose, California.
Loading...
or
Not Currently Available for Direct Purchase