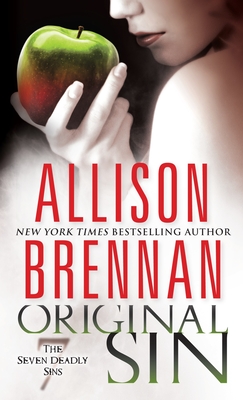 Haunted by chilling memories of demonic possession and murder, Moira O’Donnell has spent seven years hunting down her mother, Fiona, whose command of black magic has granted her unprecedented control of the underworld. Now Moira’s global search has led her to a small California town that’s about to become hell on earth.

Tormented by his own terrifying past and driven by powers he can’t explain, ex-seminarian Rafe Cooper joins Moira’s dangerous quest. But Fiona is one devilish step ahead. Hungry for greater power, eternal youth, and stunning beauty, the sorceress is unleashing upon the mortal world the living incarnations of the Seven Deadly Sins.

Together with a demonologist, a tough female sheriff, and a pair of star-crossed teenagers, Moira and Rafe are humanity’s last chance to snatch salvation from the howling jaws of damnation.

Allison Brennan is the New York Times bestselling author of twelve romantic thrillers, including The Prey, Speak No Evil, Killing Fear and Sudden Death. Original Sin launches her new supernatural thriller series based on the Seven Deadly Sins. Prior to her writing career, she worked for thirteen years as a consultant in the California State Legislature. She lives in Northern California with her husband, Dan, and their five children. A member of Romance Writers of America, International Thriller Writers and the Horror Writers Association, when she’s not writing or reading, Allison enjoys playing video games and attending her kids sporting events.
Loading...
or
Not Currently Available for Direct Purchase