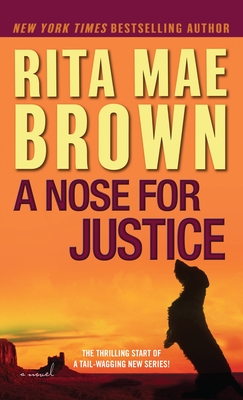 A Nose for Justice

The thrilling start of a tail-wagging new series!

With her high-powered Wall Street job in the rearview mirror, thirty-four-year-old Mags Rogers arrives at her great-aunt Jeep Reed’s sprawling Nevada ranch to reassemble her life. In the passenger seat is Mags’s beloved wirehaired dachshund, Baxter. At Jeep’s side—to Baxter’s distress—is Jeep’s loyal German Shepherd mix, King. The growlings are mutual. Then someone pipe-bombs Red Rock Valley’s pumping station, endangering the water supply. Deputy Pete Meadows links the sabotage to a string of local murders. In her search for answers, Mags uncovers fascinating history about Jeep’s ranch, including an intriguing connection to Buffalo Bill. Drawn to each other, Mags and Pete join forces to solve various mysteries, as Baxter and King team up to protect their humans from a growing threat.


Praise For A Nose for Justice: A Novel (Mags Rogers #1)…

“A hotbed of mystery and suspense . . . a humor-filled story that is loaded with quirky but lovable characters.”—Wichita Falls Times Record News

“Brown creates well-drawn characters (human and quadruped), fashions a nifty plot and mixes in enough local color and history to make the read as educational as it is entertaining.”—Richmond Times-Dispatch

“The human and canine cast is strong and the whodunit exciting.”—The Mystery Gazette